Into the latest tech. gadgets and computer hardware? Discuss it in the zone.
Post Reply
3 posts • Page 1 of 1

For those that are using Ubuntu or are interested in using a Linux-based operating system, the newest version of Ubuntu has been released today! Titled "Jaunty Jackalope", Ubuntu 9.04 has several improvements, such as a faster booting process, many bug fixes, and compatibility with the latest Linux kernel.

To obtain the latest version of Ubuntu, you can check out the official Ubuntu 9.04 download page here: http://releases.ubuntu.com/jaunty/
Top 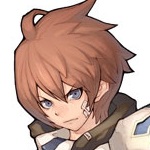 may i ask what is ubuntu and what does it do?
PSN:ChaoticCrusader
MSN:darkcronical@live.co.uk
Top

The biggest strength of using a Linux-based OS like Ubuntu is that it's free, system requirements are low, and is considered to be more secure than Windows or OS X. The downsides are that Linux-based operating systems are not as user-friendly as Windows or OS X, compatibility issues with Windows-based programs, and wireless support can be flaky.
Top
Post Reply
3 posts • Page 1 of 1